Additions to the building were made in 1881, 1885, and 1889.  Bonuses were given by the city to the company as an incentive to the company's development.  When completed, the main building was L-shaped and four stories high.  This became known as Factory A and was located on South Washington Street.

During the night of May 18, 1906, Factory A was destroyed by fire.  The building was a complete loss with insurance expected to cover only about $126,000 of the $225,000 loss.  In spite of efforts by the Owosso and Corunna fire departments, a south wind fanned the flames, and they were unable to save the building.  Other nearby buildings were also damaged, but not destroyed.  Plans were made to rebuild while production continued in Factory B, but they did not materialize.

Factory B, also known as the White Elephant, was built in 1897 in approximately 57 hours.  It was a three story frame structure with a basement.  Unfortunately, tragedy was to strike the company again when a tornado damaged many buildings in Owosso and reduced the factory to a pile of lumber on November 11, 1911.  The company carried no insurance against tornados.

The company again began to make plans to rebuild.  A. M. Bentley, manager of the Reliance Motor Truck Company and a director for General Motors, offered to return $12,000 to the city which had been appropriated for an addition to his company.  Estey's turned down incentives from other Michigan cities to remain in Owosso.

However, by 1939, the company was facing bankruptcy.  All assets were disposed of, and the property was sold to pay off some of their debts.

The library does not have catalogs or pictures of Estey Manufacturing Company's products. 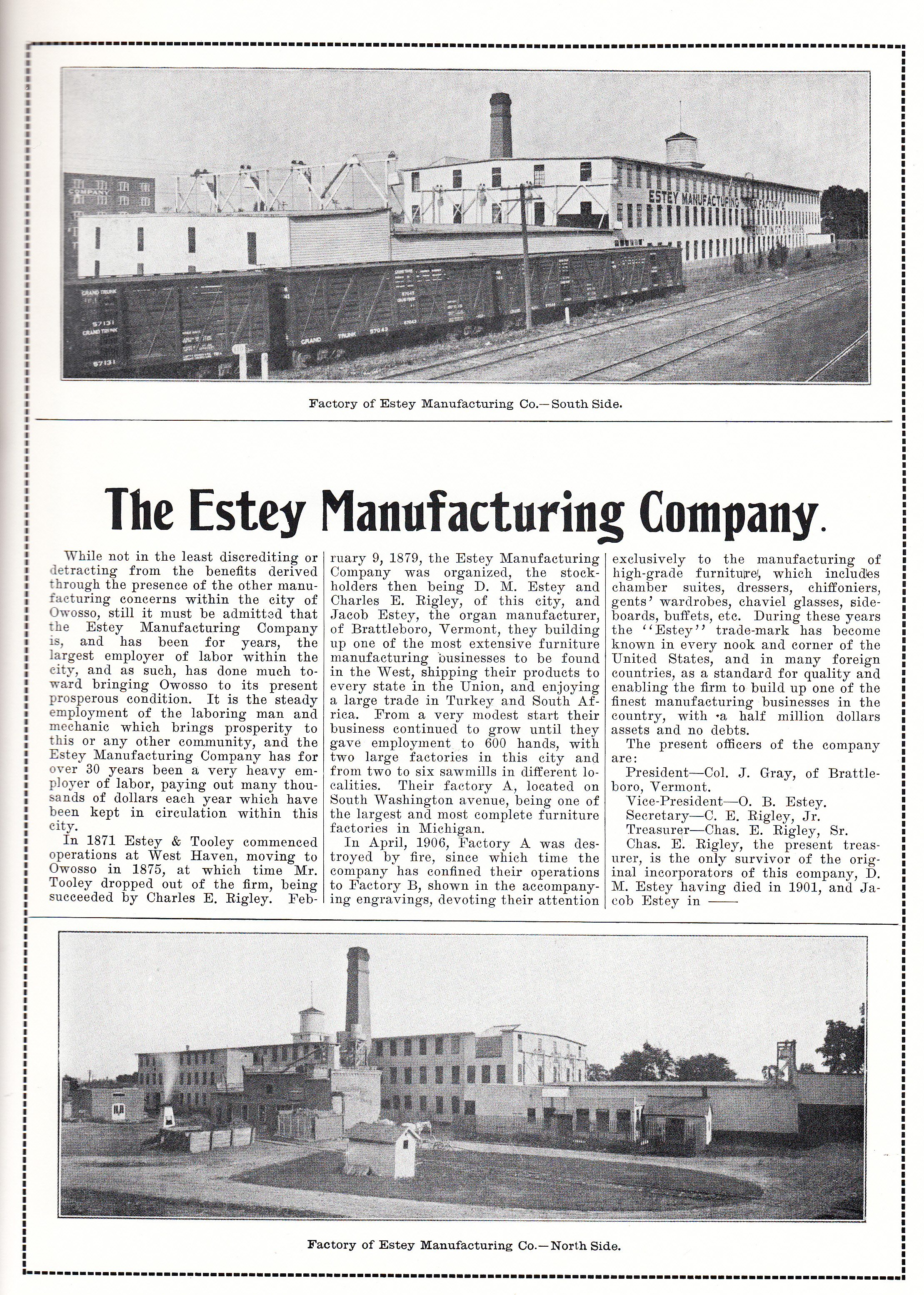